During the discussion about the nature of this cooperation between Qatar Museums and the National Corporation for Antiquities and Museums, it became evident that a large scale and dramatic increase of support for Sudanese Nubian antiquities was warranted that could not be fulfilled through a conventional type of cooperation.
Therefore, the Qatar-Sudan Archaeological Project was re-formulated as a bold and transformative paradigm shift in cultural resource management in Sudanese Nubia in the tradition of UNESCO’s 1960-80 International Campaign to Save the Monuments of Nubia, but this time not with a focus on the rescue of Sudan’s heritage in an emergency situation but as a tool for consolidating Sudan’s heritage and lift it onto a modern level. Thus, QSAP currently serves as an umbrella for 42 scientific missions hailing from 25 institutions from the twelve countries: i.e. Sudan, Qatar, France, Germany, Italy, Spain, Poland, Switzerland, Denmark, the United Kingdom, Canada and the United States of America.
With this agenda in mind, QSAP has offered since 2013, 5-7 year projects of sustained financial support to teams engaged in a large variety of subjects: QSAP supports archaeological surveying of unexplored landscapes, the excavation and conservation of ancient sites, often favouring problem-oriented research over the excavation of more temples and more royal tombs. It has set as one of its conditions for enrolling prospective missions to create site management plans, if they didn’t exist before, or implement them, if this hadn’t been done. In this context, it has initiated the construction of new visitor centers, but also the rehabilitation and modernization of older museums. It undertook the preparation of a sustainable tourism plan for Sudan’s World Heritage serial properties and built touristic infrastructure in their proximity, while, at the same time, not losing sight of smaller academic projects such as the study of long-lost languages along the banks of the Nile and in the hinterlands of the northern part of Sudan.
All these activities are coupled with support for the publication of research results, the digitization and cataloguing of hitherto inaccessible archival documents to the scholarly world and providing information to a non-academic public, including –and this is a priority—solid educational programs that address school children and offer capacity training to university students and professional guides. 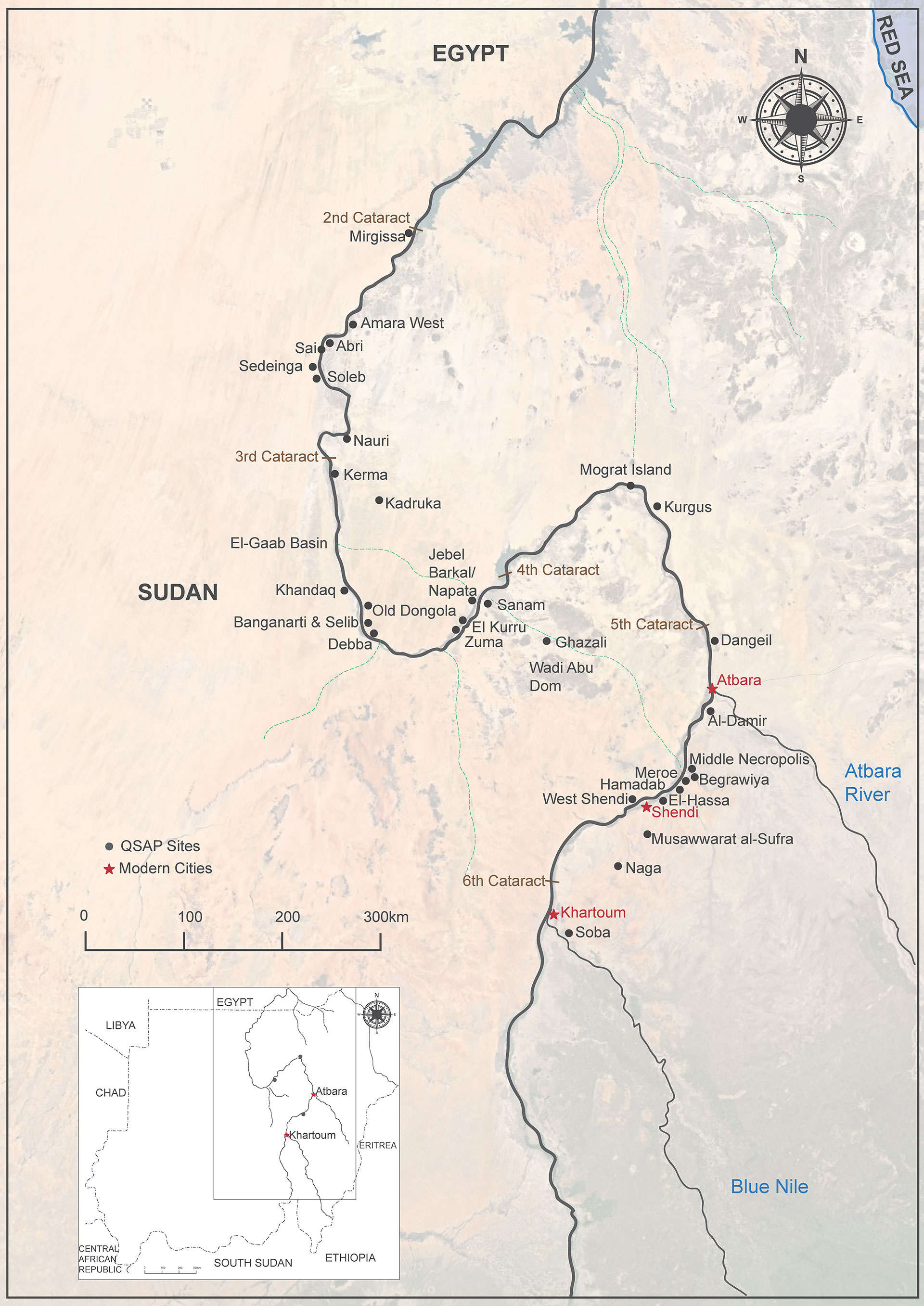 The Qatari Mission for the Pyramids of Sudan

The Royal Cemetery of Kurru