The royal pyramid cemeteries of Meroe belong to Sudan’s most important pre-Islamic sites and represent its most impressive tourist attraction. They comprise more than 100 pyramids and other tombs of Kushite rulers and officials from the 3rd century BCE until the 4th century CE. The sandstone pyramids originally measured up to 30m in height; their offering chapels and subterranean burial chambers were highly decorated. Since the 1960s, however, the site has been adversely affected by environmental conditions, urban growth and increasing tourism. In particular, sand abrasion threatens the monuments. In 2014, Qatar Museums launched the Qatari Mission for the Pyramids of Sudan (QMPS) focussing on the cemeteries of Meroe. It is embedded in the Qatar-Sudan Archaeological Project (QSAP) and closely cooperates with the Sudanese National Corporation for Antiquities and Museums (NCAM) and the German Archaeological Institute (DAI). The mission’s objectives comprise archaeological, architectural and culture-historical research as well as the preservation and presentation of the famous monuments according to international best practice. Integrated into the overall concept of QMPS, a project was initiated in order to reduce the sand abrasion at Meroe by vegetation belts. Furthermore, the archive of the German archaeologist Friedrich Wilhelm Hinkel who worked decades in Meroe was digitized at the German Archaeological Institute (DAI) in Berlin. His comprehensive records on Sudanese archaeology and building history will be made available and will provide the starting point for a future heritage inventory of Sudan.

Impressive results have been achieved within the last three years: Large-scale documentation generated a thorough basis for the project by compiling topographical maps, architectural plans of 30 pyramids and high resolution records of chapel decorations. In addition, an archaeological survey and geophysical prospection were executed. A highlight was the re-excavation of Queen Khennuwa’s tomb of the 4th century BC and the pyramid associated with it (Beg. S. 503). Its well-preserved wall paintings and hieroglyphic texts, which had not exhaustively documented during the excavation in the 1920s, were now comprehensively recorded. Preservation work commenced by an assessment and mapping of damages and the execution of conservation tests. Finally, a general conservation concept was established.

In addition, an enhanced site entrance for the cemeteries was inaugurated in January 2017 with the opening of an exhibition on the pyramids of Meroe. The Begrawiya-Visitor-Centre was constructed, and site facilities such as working areas and storerooms were rehabilitated. All this development work follows an overall concept taking into account the common objectives of all stakeholders, a visitor evaluation and an assembled tourism plan for the Meroe area.

Another important achievement of the QMPS is the initialisation of an overall site management. A small team was set up at the site to ensure permanent maintenance and monitoring measures as well as to improve public relations. Education programs for local teachers and school groups have started and a training workshop for tourist guides was executed.

The Qatari Mission for the Pyramids of Sudan intends to holistically approach the development of Sudan’s pyramid sites together with all stakeholders, including local communities, to learn more about the country’s heritage and to conserve it for future generations. 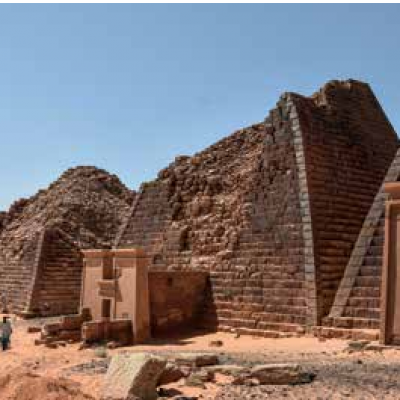 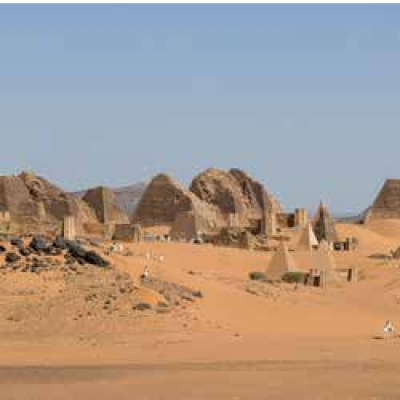 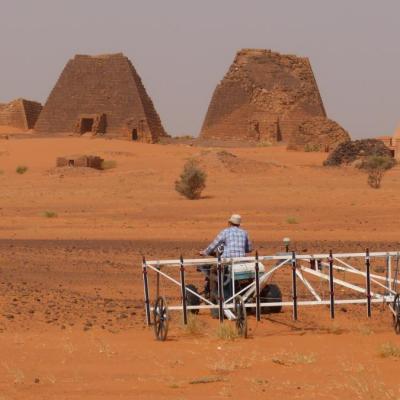 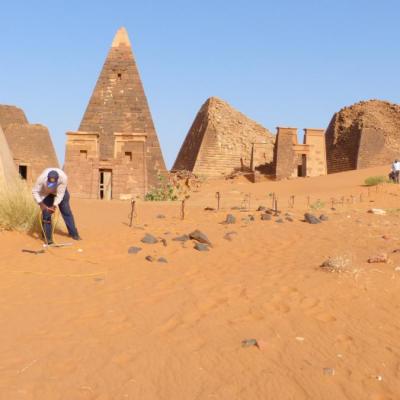