The area of the investigations proposed by the Italian mission corresponds to the royal Meroitic district of ancient Napata (the edifice-ensemble planned by the king Natakamani, 1st century CE). The project supported by QSAP started in the season 2014–15, and focuses on the main royal palace (scheduled as building B1500), with its square platform dominating the whole royal district. As a result of the investigations of the last seasons, the general map of the Meroitic district at Napata now shows more information: two ‘new’ buildings have been added (the columned edifices, marked as B2300 and B1800), and the plan of the palace platform is now clearly defined. Furthermore, the digging has brought to light new evidence of the pre-palatial phase of the area, providing a new perspective on the historical interpretation of the royal district.

The mission also updated the documentation on the archaeological materials, as well as planning some specific activities including anthropological studies and restoration. The new data from the royal buildings confirm the cultural trend of the Meroitic kingdom, in which the Nubian style perfectly merged with Egyptian and Hellenistic patterns. In Napata, this process is probably stronger, due to its connection with the northern tradition, well-known since the middle of the 2nd millennium BCE. During the last season, a new discovery gave us an idea of the complex history of the same palace structure, which shows several phases of use and transformation. The main results of the seasons funded by QSAP are listed below:

This archaeological project serves also as a training opportunity for students who are regularly part of the team. As a result, the mission contributes to the knowledge of the archaeology of Sudan and, more generally, of the Nilotic region. The results of the work are regularly presented at the International Conference on Nubian and Meroitic Studies. In 2016 some Italian missions in Sudan were also part of a conference held in Venice. 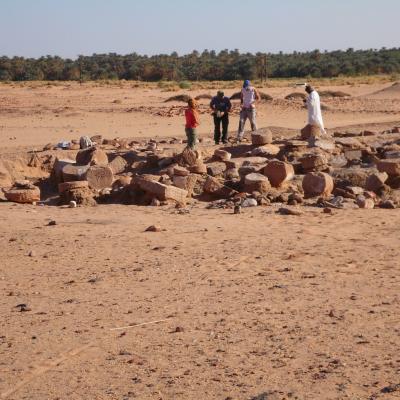 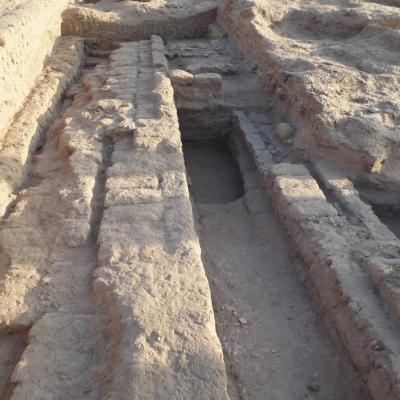